Our board is made up of a range of well respected industry peers who are experts in their fields. They give us a great representation of the industry in addition to providing a powerhouse of knowledge and experience to develop the organisation in the interests of our members and friends. 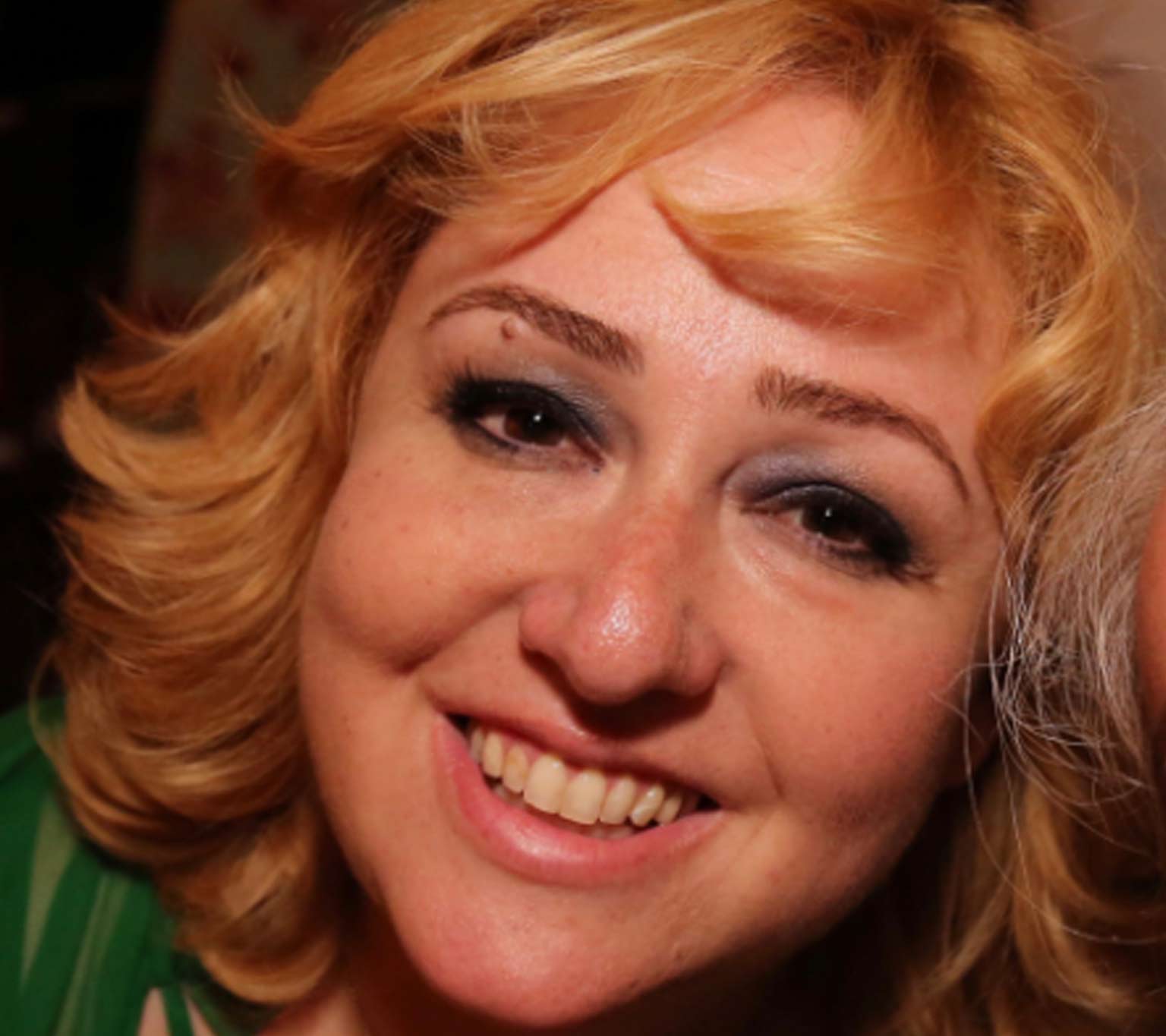 Naomi Asher is Vice President of Neighboring Rights at Sony Music Publishing. She previously co-founded Wixen Music UK Ltd with Randall and Sharon Wixen, serving as Director and President from 2010 to January 2020. She co-founded IAFAR (Independent Alliance for Artists Rights) in 2018, after being frustrated by the lack of transparency in the neighboring rights income stream. She is co-author of the UK edition of The Plain and Simple Guide to Music Publishing, released the fiction novel Shakespeare’s Ripper, and self-published her book ‘By Page’.

Los Angeles-born, Naomi moved to the UK in 1999 after completing her BA in Art History and Theatre at Franklin & Marshall College. After receiving an MFA in Staging Shakespeare from Exeter University in 2000, Naomi worked in the West End for several years at the Theatre Royal Haymarket, Shaftesbury Theatre and Victoria Palace Theatre. Naomi has a postgraduate degree from Kings College in EU, UK and US copyright law, and continues to dabble in theatre on occasion, with her play Madman William continuing to be produced worldwide. 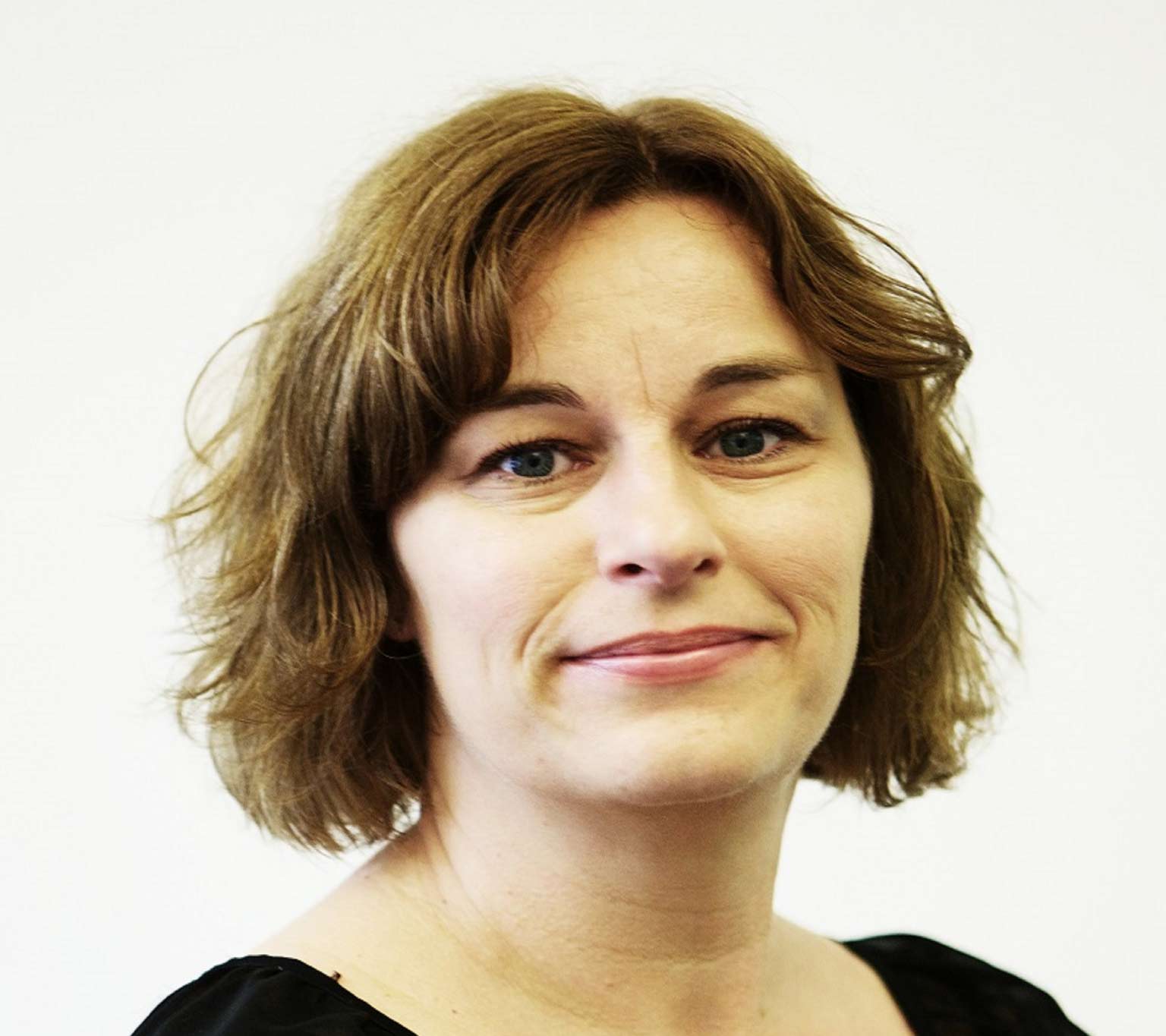 Ann Tausis has 30 years of experience in rights management administration, both in the neighbouring rights and music publishing sectors. She began her music career at STIM (Swedish Composer & Author society) in 1989 and worked at Sweden Music/PolyGram Publishing in her native Sweden before moving to London in 1996 and joining the international office of PolyGram Publishing, which later became Universal Music Publishing. In her role as Global Copyright Director, she was instrumental to the successful integrations of the Rondor, MCA and BMG catalogues whilst also working with international publishing initiatives such as IMPA (International Music Publishers Association) and GRD (Global Repertoire Database). Ann joined Kobalt Neighbouring Rights as Managing Director in 2013 and has since built the company both organically and through the acquisition of Fintage House/Rights Agency Ltd. in 2016 to become the largest neighbouring rights agent in the world. 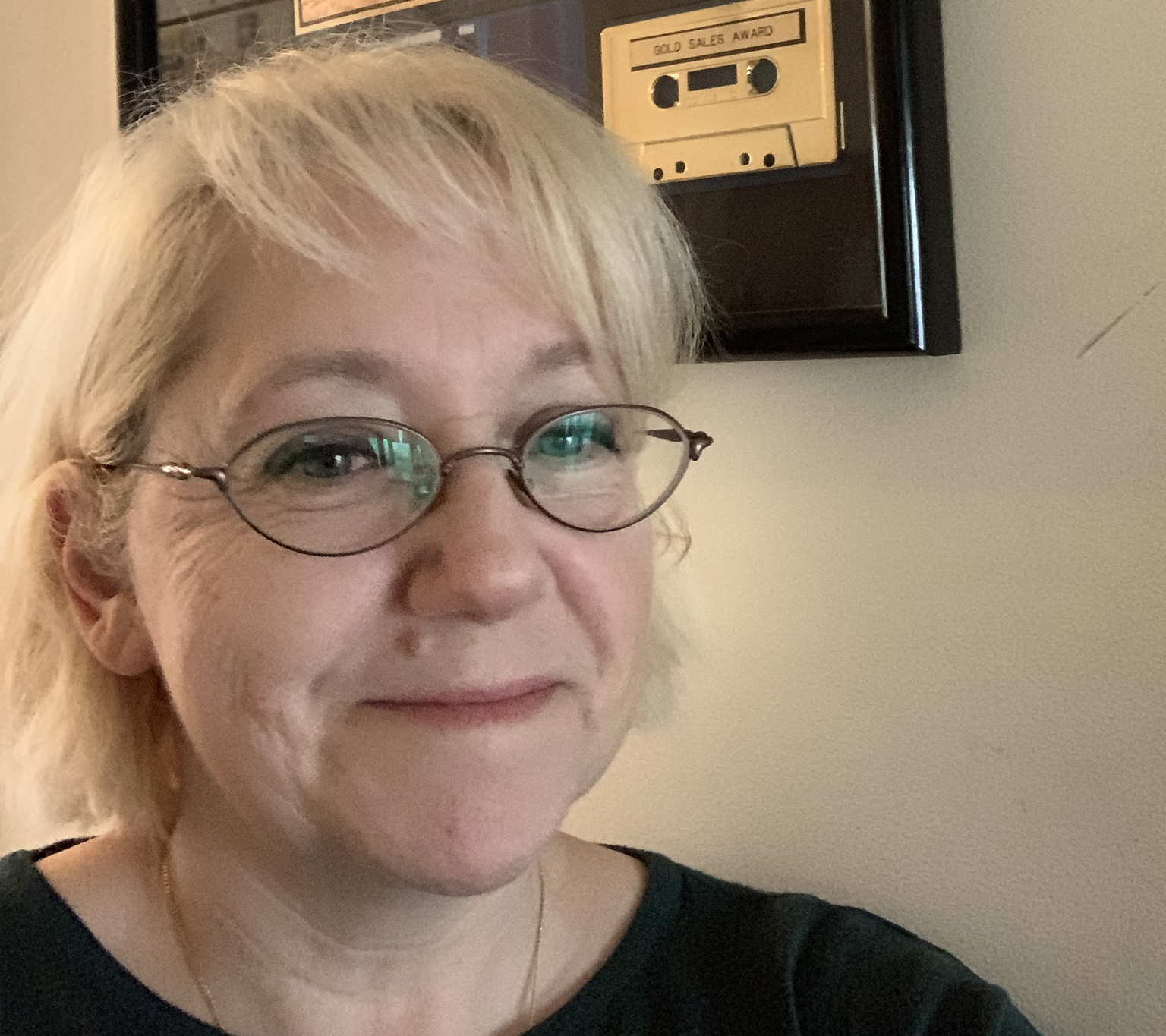 Once tagged by Rolling Stone magazine as one of the music industry’s leading experts, Stacey has 30 years’ experience as a music industry executive in London and New York. Currently the Founder of InsideBaseball Music Publishing, FoxPin Artist Management and The Music Firm, Stacey advises multiplatinum superstars to emerging artists. She has previously advised billion pound brands in the use of music in their marketing and advertising and global icons in their contract negotiations as part of the music team of a well known (but no longer existing) City firm. Favorite negotiation at that firm was for a music client’s appearance on The Simpsons. Stacey is Co-Author of: Sports vs Music – Sponsorship Showdown or Perfect Combination; her training began as the protégé of Mark Stephens CBE at Stephens Innocent and her work continued in-house at labels and publishers.

She is a member of the National Union of Journalists and The Society of Authors, co-founded the Caribbean Brewing Authority microbrewery and created the original slate of programming for the African Caribbean Network cable network. 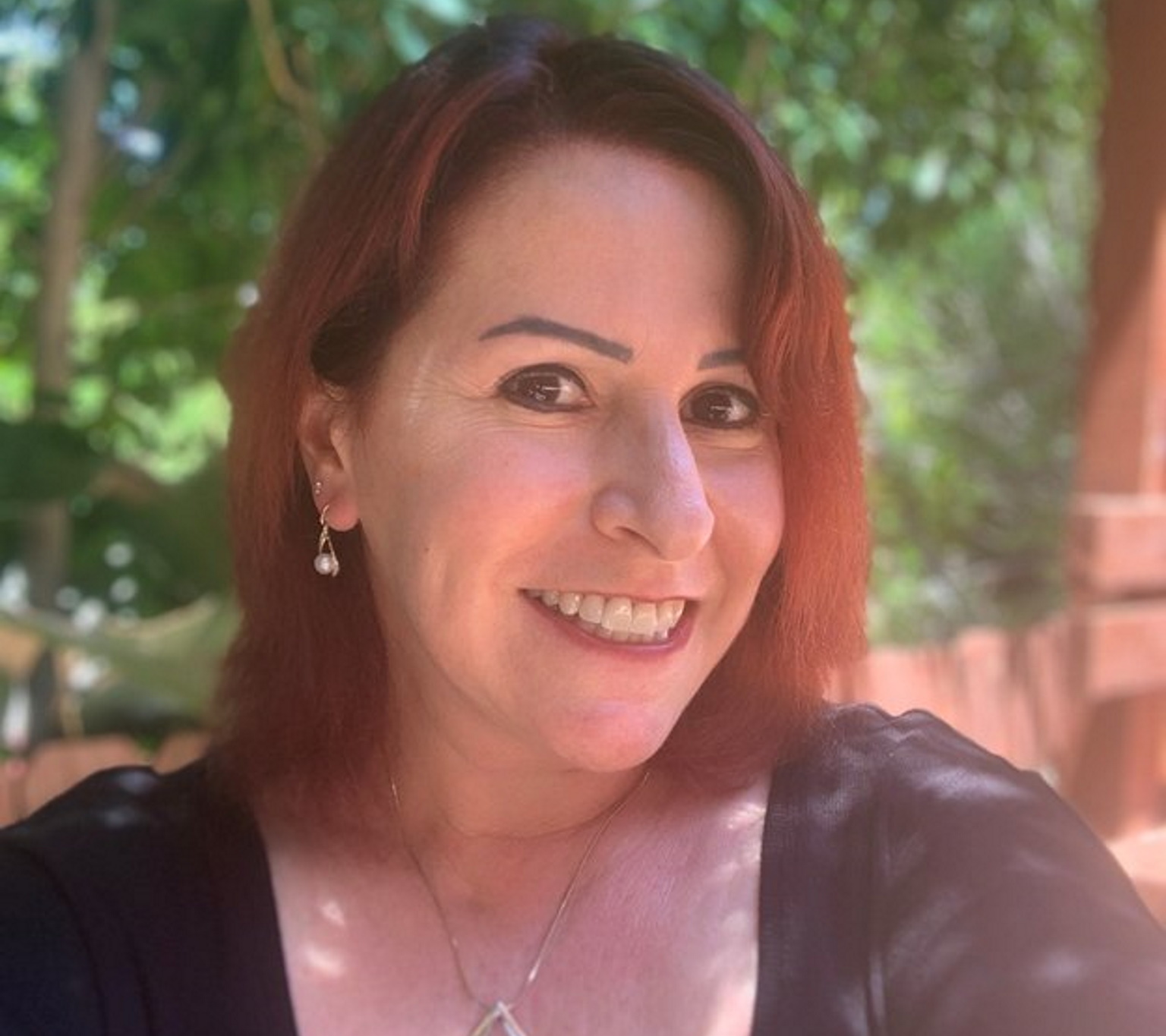 Shari Hoffman is Co-founder and CEO of Transparence Entertainment Group (TEG), formed in 2017 to manage neighboring and statutory rights for performers and copyright owners, and handle publishing and mechanical rights for music creators and labels. A professional vocalist and seasoned industry professional, Shari’s credentials include record label promotion for multi-platinum recording artists, managing tour settlements for top grossing concerts worldwide, and representing above and below the line personnel for two major entertainment unions. Prior to launching TEG, Hoffman served as Chief Operating Officer for the AFM & SAG-AFTRA Intellectual Property Rights Distribution Fund, a collective management organization responsible for the collection and distribution of neighboring rights from various foreign territories and royalties established by government statute under U.S. Copyright Law.

Hoffman’s areas of expertise include Neighboring Rights, Collective Management, Royalties, Intellectual Property Rights, Copyright Law, Labor Law, Contract Drafting and Administration, Union Negotiation, Research, Business Consultation, Post Supervision, Fundraising, Vocal Performance, Public Speaking, Event Planning, Marketing and Promotion, and Budgeting and Analysis. Hoffman has participated as an educator, moderator & lecturer on numerous worldwide panels & workshops for the entertainment community. She is a prolific advisor and artist advocate who strives to ensure that performers have the proper education and tools to flourish. Since 2016 she has been actively involved with the Recording Academy in their legislative initiatives to enact the Music Modernization Act. 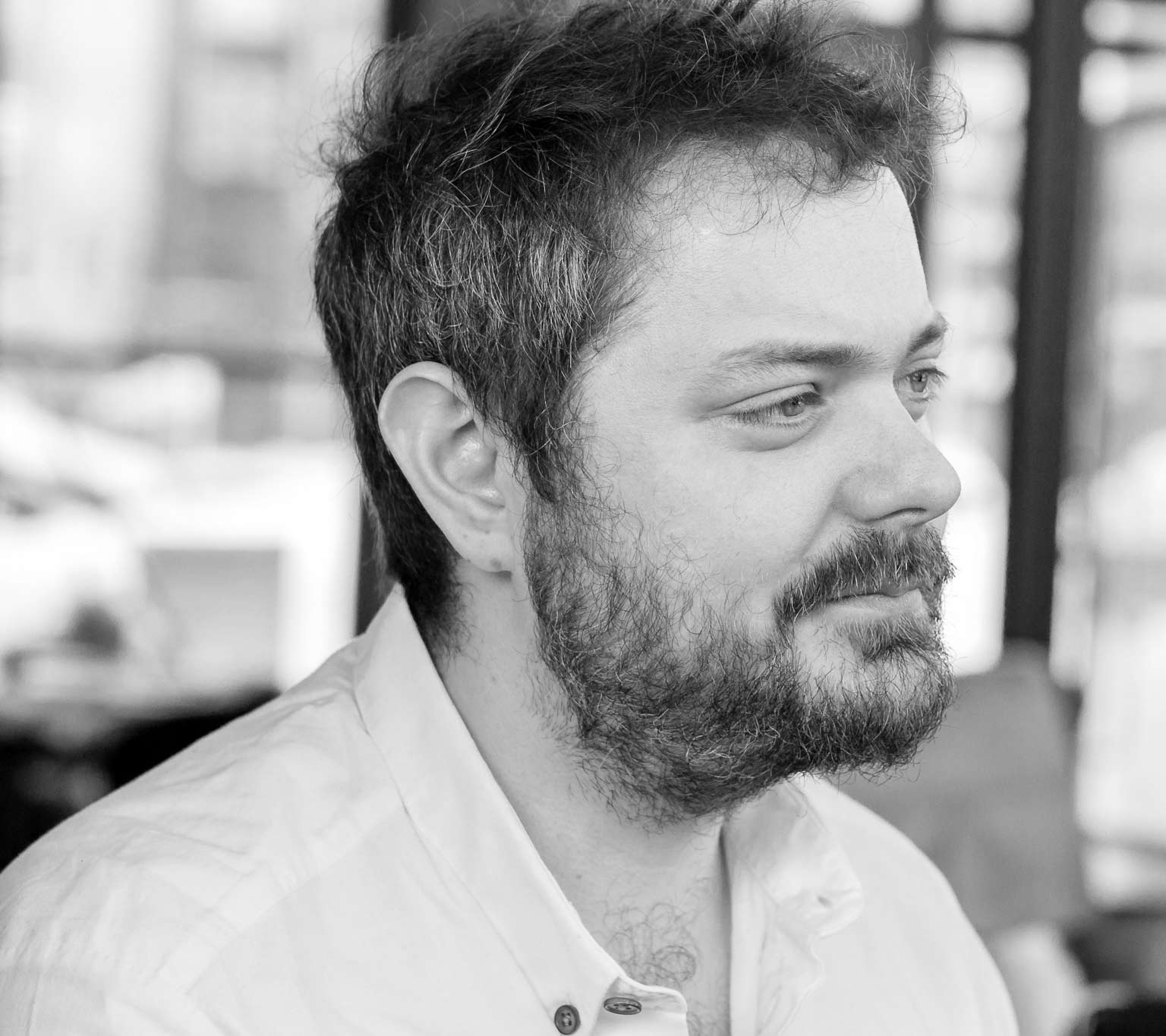 Chris is the co founder and CEO of Karousel Music, a London based CIC made up of musicians, songwriters and music industry professionals. Karousel are a boutique music publisher and around the publishing family, Karousel run a series of industry showcases with partners such as SESAC, Help Musicians UK, Leaf Grow and Ticketmaster, where the acts keep 100% of the ticket money giving artists the chance to be seen by the leading lights of the independent industry in London, as well as committed music lovers. These nights have provided over 460 showcase opportunities for artists both from inside and outside of London over the last 7 years, including showcases at The Great Escape and Reeperbahn Festival. In addition, Karousel run a series of industry networking events: from Industry Speed Dating to the now near legendary Music Biz Speed Quiz.

Chris acts as the Music Industry Liaison for Help Musicians UK and is a passionate believer in the work the charity does to help musicians in crisis, early stage dunding and help in retirement. He also consults to Big Group on events around the Brit Awards, Champions League Final and Mercury Music prize sourcing and booking artists for large corporate sponsors including MasterCard and Hyundai and

Management wise Chris co manages Pat Dam Smyth and Ren Harvieu with Liquid Management, and manages The Magic Lantern via Karousel. He was an artist and songwriter for 17 years and has recorded 2 solo albums and 2 collaborative albums with Mark E Brydon (Moloko) and Matt Deighton (Mother Earth, Oasis, Paul Weller, solo) as well as a wealth of co-writes. Chris has run 50:50 Studios in North London since 2005, and now Finally, of course, he is a board member for the newly founded IAFAR (International Association for Artist Rights) which seeks to educate and advocate for musicians neighbouring rights.

Founding Director of Southern Crossroads Music (SCM), a London and Nashville production/publishing company focusing on Americana and Alt Country singer-songwriters. SCM songs have been placed in US TV franchises such as “True Detective”, “Justified”, “The Wire”, “The Affair”, “True Blood”, “Nashville” and more. SCM has 2 recent RIAA awards for songs performed by Tim McGraw and Brett Eldredge.

Steve has a PgD (with Merit) in UK, US and European Law of Copyright and Related Rights from King’s College School of Law (London) and is a full member of the UK Music Producers Guild. 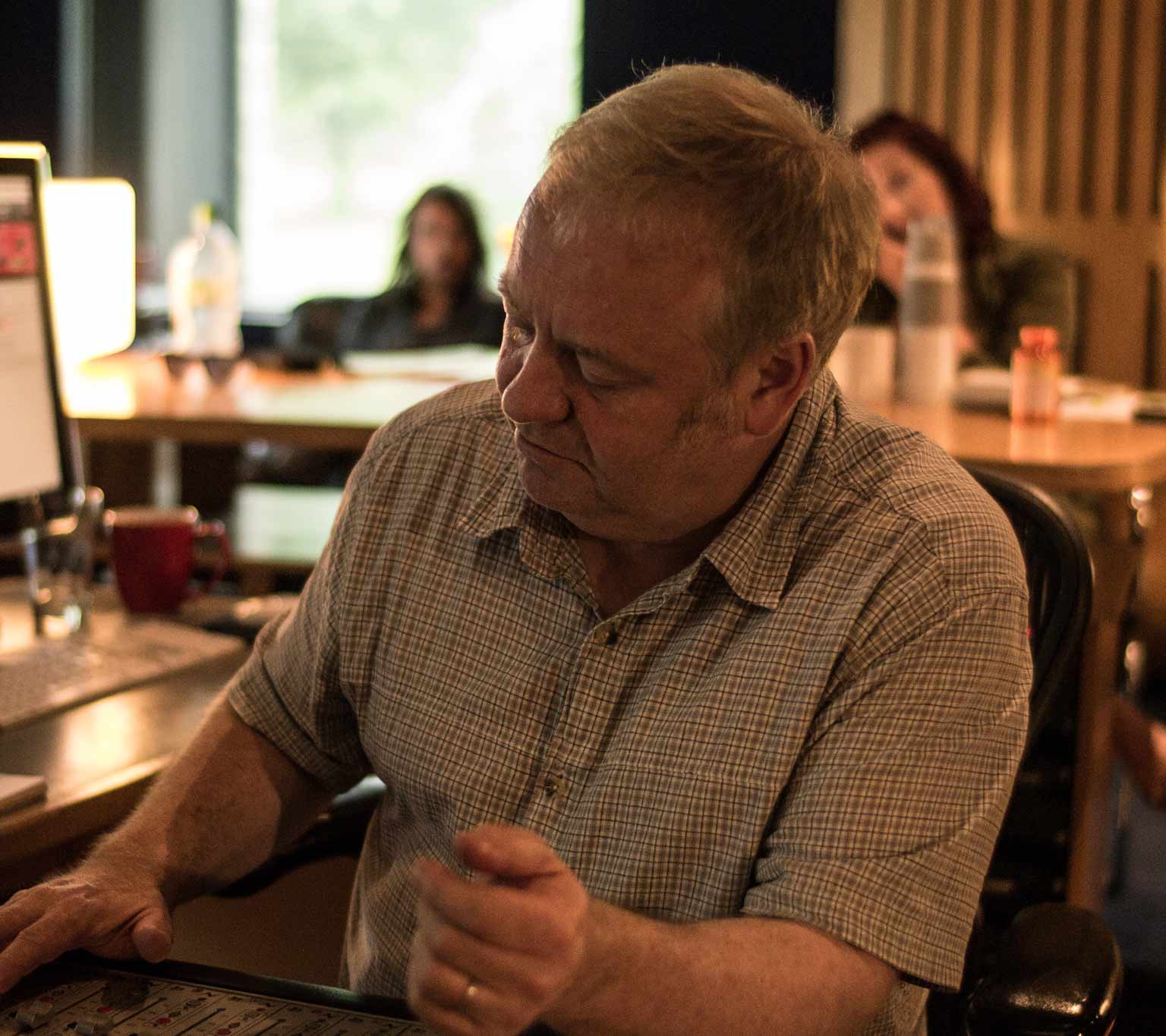 As well as being an in demand mixer and producer Cameron is an Executive Director of the MPG
and sits on the board of UK music representing the MPG to the wider music community.
He is a 2x Grammy award winning Mixer-Engineer-Producer with hugely impressive credit list
including a 20 year association with James Lavelle of UNKLE, along with names like Adele,
Annie Lennox, Bjork, Baxter Dury, Brett Anderson, Grace Jones, Joe Strummer, Duffy, Paulo
Nutini, Amy Winehouse and many more.

His work encompasses an enormous spectrum of musical styles including indie, dance and
orchestral recording. He picked up a Grammy award for “Album of the Year” for his part in
recording Adele’s 25 and collected another Grammy award for “Best Engineered – Non
classical” in 2008 for his contribution to the Suzanne Vega album Beauty and Crime.
Other notable accolades are a 2014 Grammy nomination for Annie Lennox’s Nostalgia album
for “Best Traditional Pop Vocal Album” that he mixed, 2013 nomination for “Best Alternative
Album” Bjork’s Biophilia album that he recorded a track on, a nomination for MPG’s
Recording Engineer of the Year 2015 and recording the orchestra on Duffy’s 2007 Grammy
and Brit award winning Rockery album. 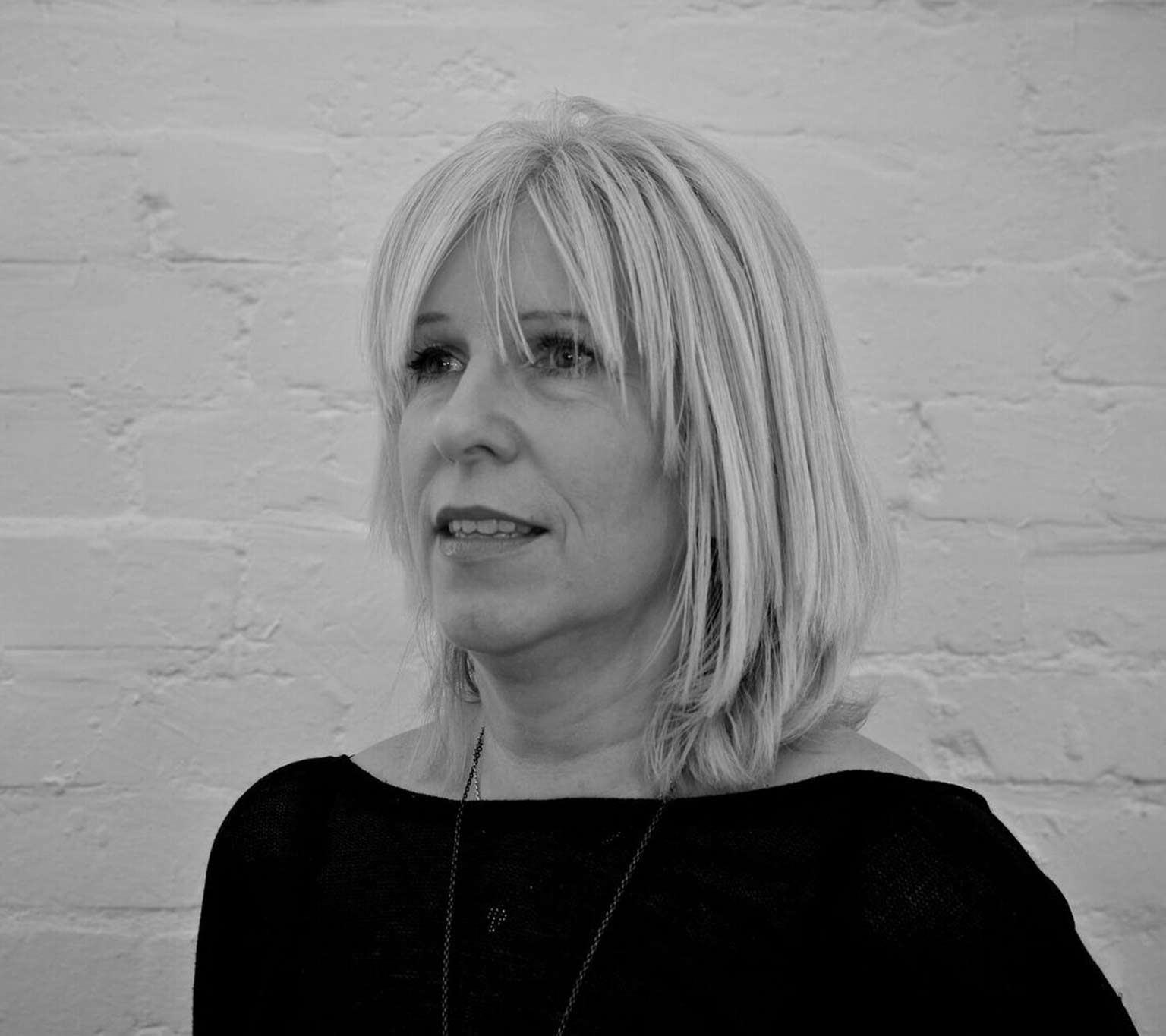 Gina entered the music industry in 2000 and through hard work and dedication created an expanding department within Absolute committed to registering and sourcing royalties due to both Performers and Rights Holders.   Having been fast tracked to promotion throughout her previous careers in sales and training, she is now dedicated to the role of educating artists on their royalty claims and how best we can work with them to collect what is rightfully due, in conjunction with PPL and the international collection societies.

Neighbouring Rights are one of the few potentially major income areas for performers that are due whenever eligible recordings they have featured on audibly, are played in public or broadcast.

Absolute Rights Management team understand the importance of this for our clients and offer a bespoke service dedicated to ensuring we claim the maximum royalties due to them. 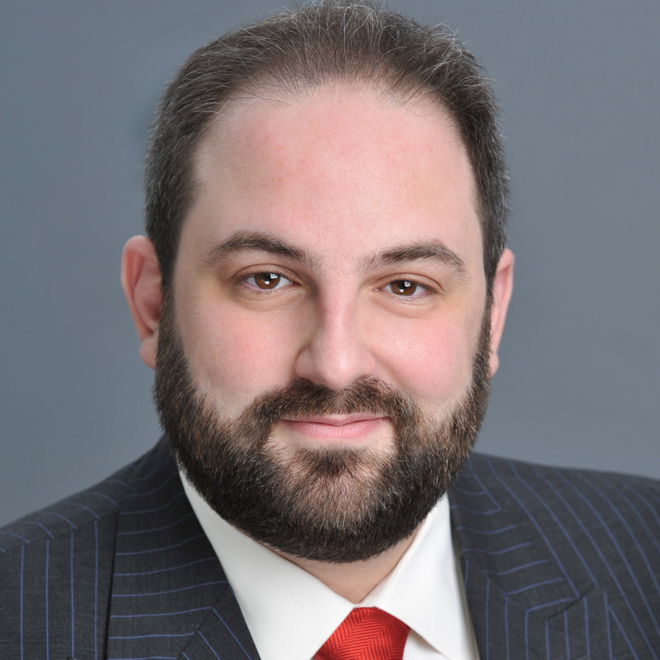 Joshua Graubart is a copyright and entertainment attorney based in New York City.  Josh regularly represents filmmakers, performers, recording artists, composers and songwriters (and their heirs), music publishers, and record labels in resolving copyright infringement and royalty disputes, and in protecting, exploiting, and licensing their copyrights and neighboring rights in order to maximize royalty and other income, and to protect their reputations and the reputations of their works in the United States and around the world.

Josh has successfully represented three classes of American and foreign songwriters, music publishers, record companies, and recording artists in federal court in the United States, achieving settlements totaling almost US$10 million.  He is a recent past chair of the Information Technology and Cyberlaw Committee at the New York City Bar Association, and is currently co-chair of special events for the New York chapter of the Copyright Society of the USA, and is also a long time member of the US section of the Association Littéraire et Artistique Internationale (ALAI).

Josh holds an LL.M. (with merit) in international intellectual property law from the University of London, and received his J.D. from Duke University School of Law, where he was Chief Executive Editor of the Duke Law and Technology Review.  He also holds degrees in history from and Dartmouth College and Duke University.  Josh is admitted to practice law in New York, New Jersey, and California.  He is conversant in Japanese. 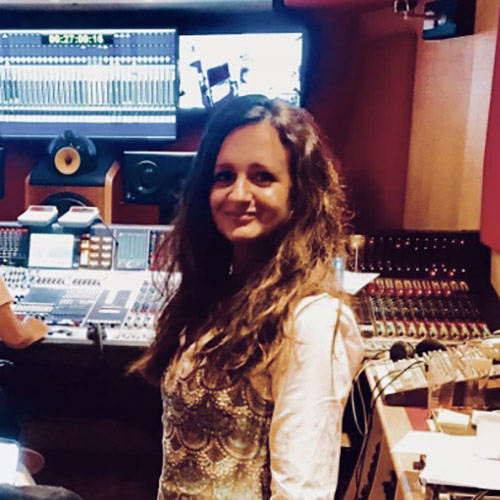 Tania joined Wixen Music UK in 2014, with no publishing knowledge prior to joining the company, apart from being in a teen rock band, who apparently had a publishing deal.

Six years later, she is now co-managing director, a member of PRS’s CAG and thoroughly understands and oversees all facets of publishing and neighbouring rights.

After studying German and Russian at university, realising the cold war was over and “almost” working for the mi5, she decided to get back in the music biz, but behind the scenes.

After witnessing (first-hand) bad management and misinformation, she wanted to help musicians and protect their rights.

Tania has been in bands all of her life and founded a funk-punk band in 2019, whose debut single is slated for release this summer. 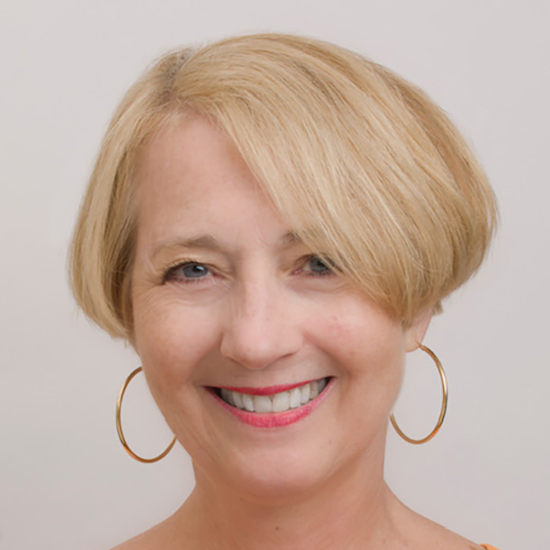 Senior Vice President and Director of Music & Entertainment for First Horizon’s Sports & Entertainment division, Dold is respected as a 20+ year music executive who has worked in both the Anglo and Hispanic music markets and has been based in NY, Miami, LA & Nashville.

#NowPlaying Episode 2 of the neighbouring rights podcast "Money In The Air" - ‘The Performer’ by @IAFAR_UK , the International Association For Artists & Rightsholders on @SoundCloud https://t.co/9gCv1HvsjI

We use cookies to ensure that we give you the best experience on our website. If you continue to use this site we will assume that you are happy with it.I Agree