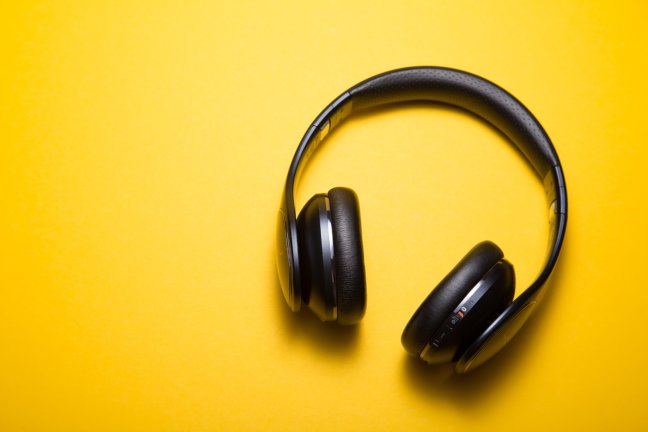 Artists are missing out on tens of millions of dollars from neighbouring rights.

Their existence ensures that artists and performers around the world are due payment whenever recordings of their music are played on the radio or to a live audience. (And, particularly in the US, when those recordings are played on a non-interactive streaming service.)

According to IFPI, these rights saw some $2.6bn paid out to artists and record labels in 2019 alone.

And yet, according to estimates, tens of millions of dollars are still falling through the cracks of the system, going unclaimed and uncollected by performers who – especially in the current global situation – could be in dire need of this money.

The trade organization doesn’t collect money for performers and it doesn’t represent neighbouring rights for them.

What it does do is every bit as important: offering guidance, education and advice about neighbouring rights for performers and rightsholders, within a community comprised of some of the music business’s biggest names.

IAFAR’s members include everyone from artists to producers, managers, lawyers and accountants – all of whom benefit from performers being paid their proper amount of neighbouring rights income.

Its board members also include representatives from leading independent rightsholders such as Wixen Music and Bucks Music, as well as Grammy Award-winning Mixer-Engineer-Producer, Cameron Craig.

Here, Naomi Asher talks MBW through the myriad problems that performers face when collecting their neighbouring rights – and why they should consider signing up to IAFAR…

When and more importantly why was IAFAR formed?

IAFAR formally launched in November 2018, but Ann [Tausis] and I had been working on it for over a year prior to the launch. The idea was born out of the frustration we felt as representatives regarding some income stream-wide issues.

On the publishing side [in the UK], you can go to the Music Publishers Association (MPA) and bring any issues up with them but there was no equivalent organisation on the neighbouring rights side.

“WE ARE LOOKING TO BRING TRANSPARENCY, EFFICIENCY AND FAIRNESS TO THIS REVENUE STREAM.”
NAOMI ASHER, SONY/ATV & IAFAR

This is a newer income stream that is complex and which many people do not understand.

We felt it was vital that we created an independent, not-for-profit organisation that can educate people about neighbouring rights, advocate for industry-wide changes, and create a community for all those earning money from neighbouring rights and for them to have a place to bounce thoughts, issues, and ideas off each other.

We are looking to bring transparency, efficiency and fairness to this revenue stream.

Whilst you undoubtedly do important work, is it at all troubling that there is even a need for something like the IAFAR to exist in an era that is supposed to be defined by transparency and integrity?

There is very little transparency in this income stream and that is why we are so vital.

There are no standard formats for submitting and receiving data to and from CMOs [Collection Management Organizations] and many of them only account to a performer with a lump sum of money without any details on their statements. Local legislation varies tremendously so who gets paid for what varies country by country.

The CMOs work together through their umbrella organisation SCAPR, but there is very little insight into their work and IAFAR is not allowed to join any of their meetings – even though IAFAR members and their clients make up a large percentage of earners at those CMOs.

Can you give us an idea of the size and make-up of your membership – and of who runs IAFAR?

We are growing by the day, but we need to grow faster and in order to do that, people need to know about us and understand why we are so important to this income stream. We are governed by an 11-member board.

What are the biggest problems your members have with CMOS – and do they vary from territory to territory?

The biggest problems are around transparency, lack of standard formats for submitting and receiving data and the ability to track the income to ensure you are getting paid what is due to you.

“THE BIGGEST PROBLEMS ARE AROUND TRANSPARENCY, LACK OF STANDARD FORMATS… AND THE ABILITY TO TRACK INCOME.”

There are mandate issues with the AFM SAG AFTRA Intellectual Property Fund in the USA which has led to certain performers not being paid at all from a number of countries, there is a long time lag in receiving income from many countries and there are countries who should be paying neighbouring rights income but don’t. The list goes on and on.

How can you help your member? Do you play a purely advisory and educational role? How does that work in practice, in terms of making sure your members fully understand their rights, know how to ensure they are claiming all due monies etc?

We have been doing a lot of seminars pre-Covid, webinars since lockdown and are in the process of creating various educational materials that will be able to be licensed out to schools and such.

All our webinars and other educational material is available through the members only part of our website, and we are happy to help members with queries as best we can. We are planning on forming a sister company dedicated to education so we can expand and formalise our offerings in that regard.

“WE DON’T COLLECT MONEY FOR ANYONE, BUT WE EDUCATE PEOPLE ABOUT WHAT OPTIONS ARE AVAILABLE TO THEM IN ORDER TO COLLECT THE INCOME DUE TO THEM.”

In terms of ensuring collection, we don’t collect money for anyone, but we educate people about what options are available to them in order to collect the income due to them.

We are a neutral organisation similar to the MPA on the publishing side. We could see that there were many people coming to us for recommendations for a representative to collect neighbouring rights income on their behalf, so we have created a committee of non-representatives who can help direct them to potential representatives that could suit their needs. They always provide a list of non-members as well as member representatives for total neutrality.

We also keep a close eye on any initiatives and potential law changes and communicate such news to our membership. As an example, we will be following the European Court of Justice ruling regarding national treatment and how this gets implemented in the EU member states.

Should neighbouring rights organisations such as PPL or SoundExchange etc. be covering this ground? What is IAFAR’s relationship with those bodies?

PPL and SoundExchange do a lot of good things and IAFAR works with both of them on individual issues. However, performers should be able to have a ‘safe’ place to go with their issues that relate to the CMOs.

Our job is to share our experiences from similar situations and also explore industry wide solutions wherever possible. As a comparison, you wouldn’t ask PRS, ASCAP, BMI GEMA, etc to cover the work that the MPA does.

Do you have any handle on the amount of remuneration that performers are missing out on globally?

It is very hard to estimate, but it is likely to be in the tens of millions.

What is your key message to any performers or representatives reading this?

Join IAFAR! The larger the membership, the stronger the voice and the sooner the change.

You can read the original article here.